Can disease outbreaks be predicted? 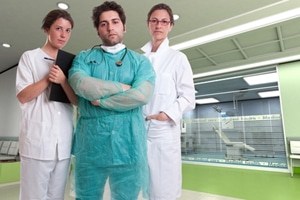 When working in health care, whether you have a nursing career or a job in medical assisting, the prevention and treatment of disease is an important part of your job description. Over the last decade, disease outbreaks like SARS1 and H1N12 have caused researchers to ramp up their efforts to predict disease outbreaks before they become unmanageable.

According to The Associated Press, health scientists have been trying to use mathematical models and weather patterns to predict disease outbreaks for decades. While many factors contribute to the outbreak of disease, such as human behavior, improvements in weather tracking and satellite technology may some day make it possible to predict widespread fever or disease. This would hopefully give health officials enough time to develop and administer vaccinations to the majority of the population.3

Some experiments have been met with success. Scientists at the Johns Hopkins University Applied Physics Laboratory, for example, have developed a groundbreaking method called PRISM (Predicting Infectious Disease Scalable Model) to predict dengue fever outbreaks several weeks before they occur.4

While PRISM is still a relatively new process and can currently only be applied to dengue fever, researchers are working to fine-tune their formula to expand its capabilities to other infectious diseases.5

If the scientists are successful, they could revolutionize the way that disease outbreaks are approached by health care professionals.

“By predicting disease outbreaks when no disease is present, PRISM has the potential to save lives by allowing early public health intervention and decreasing the impact of an outbreak,” Lewis said.