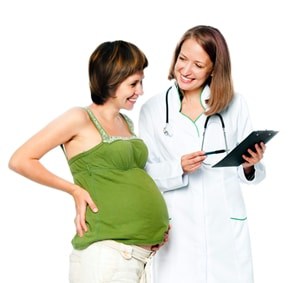 The study of obstetrics and gynecology is a vital health care field and more doctors are relying on medical assistants and nurse practitioners to meet with and counsel female patients on proper baby care and personal health. One career path for students interested in treating women is to work toward a position as a medical assistant in an ​ob-gyn office. Those assistants will forge relationships as they work with female patients from young adulthood through old age. Ob-gyn medical assistants aid the physician with health procedures {awkward wording – revise}, including administering routine checkups like Pap testing and breast exams, assisting with minor gynecological surgeries and caring for pregnant women.1

Pregnant women face a host of potential dangers to themselves and their unborn babies. From environmental stressors to genetic predispositions, the list of things a pregnant woman needs to be aware of as a health hazard can seem daunting. This is one reason the relationship between pregnant patients and medical assistants working in hospitals or ob-gyn offices is so important. If a patient feels she can trust the advice her provider is giving her to maintain good health, it is more likely she will follow that healthy regimen.

Health care providers have long touted the benefits of using acetaminophen to reduce fevers and relieve aches and pains for pregnant women because it causes no harm to the developing fetus. Acetaminophen is the active ingredient in Panadol and Tylenol, and is also a component of Excedrin, among other common pain relievers.2 However, a study published in the journal JAMA Pediatrics discusses the fact that children born to women who took acetaminophen during pregnancy were 40 percent more likely to be diagnosed with attention deficit hyperactivity disorder (ADHD) than children of mothers who did not take the drug.2

To conduct this study, Danish researchers examined more than 64,000 children and mothers who were registered with the Danish National Birth Cohort between the years 1996 and 2002. The researchers then studied behavioral problems based on a questionnaire and a disorder diagnosis the mothers completed, and also used reports of medication prescriptions for ADHD that were collected from Danish registries.3

The study found that the likelihood of a child developing ADHD symptoms that were severe enough to require medication increased the most  – more than 60 percent – when the mother took acetaminophen during the last two trimesters of pregnancy. The instance of ADHD symptoms also rose by nearly 30 percent when acetaminophen was used by the mothers in the third trimester alone. When mothers reported only taking the drug in their first trimester of pregnancy, the risk factor was the smallest, only about 9 percent.2 The researchers used Denmark’s registries of physician diagnoses and of prescribed medications to find an accurate measure of ADHD in the Danish population. The children affected in these studies were tracked from their first trimester in utero for up to 15 years, and their strengths and weaknesses were examined.2

Pregnant women should be counseled on the risks of any medication

Although the researchers made sure to establish that this study does not absolutely mean that prenatal exposure to acetaminophen caused the observed increase in hyperactivity disorders, the study was carefully designed to avoid many of the pitfalls that studies encounter. Some research has been found to later establish an association between an environmental exposure and the appearance of a specific outcome many years later, and the researchers wanted to avoid that.2 These findings further emphasize the importance of open lines of communication between health care providers and their pregnant patients so they can screen for risk factors that may lead to disorders in children in the future. The scientists explained that the current findings should be “interpreted cautiously and should not change practice.”2

Medical assistants can give advice to pregnant women based on these findings. Even if a medication is billed as safe, the best and route is to take it as rarely as possible and at the lowest effective dose.2 Students preparing for careers working with obstetrics and gynecology will be an important resource for women and their families and should be prepared to take an active role in counseling their pregnant patients in the best ways to keep themselves and their babies healthy.