12 of the Top Businesses Developed in College

Who says that you have to wait until you have a college degree in hand before you can put a great new idea into motion?  While a majority of college businesses may probably only succeed in supplementing your meager college funds, there are other businesses born on the college campuses of the world that net their founders millions, and sometimes even billions, of dollars.  These business ideas stretched far beyond the confines of the university, making many of their creators into household names.  In fact, college’s greatest contribution to these entrepreneurial minds was the fertile ground that encouraged them to develop their lofty business ideas.  Below are some of the premier examples of collegiately developed businesses. 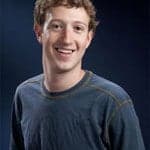 In February of 2004, and while still just a sophomore at Harvard University, Mark Zuckerberg (along with three other classmates) founded, coded, and launched facebook.  Initially created for the sole use of Harvard University students, it was designed to bring the entire campus community together in order to foster familiarity and networking opportunities.  Once its popularity was confirmed, the service was expanded to other colleges in the Boston area, the Ivy League, and Stanford University, and it was gradually introduced to other universities around the country. Today, facebook boasts more than 750 million active users, and an estimated 41 percent of the U.S. population has a facebook account.  To date, the site has made Zuckerberg over $13 billion, and he is, according to Forbes magazine, the youngest self-made billionaire in history.

Stanford University grad students Larry Page and Sergey Brin initially started with a PhD project and website called BackRub in 1996.  In essence, they wanted to significantly alter how search engines, and the page rankings on those search engines, worked.  Their goal was to create a powerful search technology that ordered websites based on relevance, which they felt could be determined by analyzing the total quantity of different pages linked back to that particular website, as well as each page’s corresponding importance. This new mechanism was called PageRank, and in fact, the company patented this idea.  Thereafter, Page and Brin purchased the Google domain name in 1997, and opened up a garage-based office. Today, it is estimated that Google runs over one million servers in data centers around the world, and processes over a billion search requests a day. In May 2011, unique visitors to Google surpassed the 1 billion mark.  Page and Brin are reportedly worth about $19.8 billion.  And as if to reassert its success, the verb “google” has officially been added to the Oxford English Dictionary.

Bill Gates and Paul Allen were once simply two young people with a passion for computer programming.  However, in college, Gates and Allen began to work towards translating their substantial skills into a successful business.  While still attending Harvard University, Gates created an emulator that ran on a minicomputer.  By the end of 1975, Gates and Allen had already registered the name Microsoft, and by 1978, they had already opened their first international office in Japan.  After a deal securing exclusive packaging rights for their PC-DOS disk operating system was completed with IBM, Microsoft became a computing industry powerhouse.  Today, Microsoft develops, manufactures, licenses, and supports a wide range of computer-related products and services. Microsoft has also expanded into the video game industry, consumer electronics market, television, and digital services market. The company has made Bill Gates a net worth of over $40 billion, and Microsoft earns approximately $46 billion per year.  Gates is also consistently ranked as one of the richest and most powerful people in the world.

While electrical engineering grad students at Stanford University, Jerry Yang and David Filo created a small website to help their Stanford friends more easily locate good websites.  Originally entitled, “David and Jerry’s Guide to the World Wide Web,” it was a directory of other websites, organized by preference.  In April of 1994, they smartly renamed the venture Yahoo!.  At present, Yahoo! is one of the largest websites in the United States.  Beyond the search engine, Yahoo! provides substantial content with regards to news, entertainment, sports, finance, games, and more, as well as provides popular communications services via their email and messenger services.

As a pre-med student at the University of Texas in 1984, Michael Dell started a small business in his dorm, upgrading and customizing computers built from stock components for fellow students, and he named it PCs Limited. This actually marked the first time the computer industry offered such a personalization perk to individual customers.  It was his belief that in this way, his company could better understand the computing needs of each customer, and thereby provide the most effective solutions.  Quickly thereafter, Dell was already offering his own personally-designed computer system, which he named the “Turbo PC.”  After changing the company’s name to Dell Computer Corporation in 1988, Dell expanded globally.  By 1992, Dell was the youngest CEO to ever have his company ranked in the Fortune 500.

While enrolled at the University of California at Berkeley in 1971, students Steve Wozniak and Steve Jobs began working on circuit board designs and operating systems, after a short foray into building “blue boxes” that allegedly enabled free long-distance calls.  However, Apple was officially established by 1976, and the first Apple product, the Apple I, sold as a motherboard only, much less than a complete computer.  But always the innovators, Apple introduced the first modern laptop in 1991, and the iMac was introduced in 1998, selling almost 800,000 units in its first five months on the market.  Apple then introduced the iPod digital audio player in 2001, over 100 million units were sold within six short years, and the Apple brand was taken to another level of success.  And as if the business couldn’t get any more profitable, with the emergence of the iPhone and iPad, Apple is now one of the strongest players in the mobile electronic device market. Currently, it is said that Apple is the most valuable company in the United States, surpassing Exxon Mobil Corp. on August 9th, 2011.

Federal Express, now simply known as FedEx, was the brainchild of Frederick W. Smith, who famously wrote a paper detailing what the delivery and shipping industry would need in terms of logistics in order to be successful with the emergence of new technologies and changing informational needs. Combining his extensive knowledge regarding the Federal Reserve’s ability to ship packages overnight and his love of aviation, he purportedly worked out the logistics. And Smith did this all while still an economics undergraduate at Yale University!  While legend has it that Smith received a “C” on that paper, he held onto this concept during his subsequent military service in the Vietnam War.  After returning home, Smith purchased an aircraft maintenance company, which he then overhauled into a package delivery service.  Presently, FedEx can ship overnight deliveries worldwide. These days, Smith is reportedly worth approximately $2.1 billion, and FedEx’s yearly profits are in excess of $37 billion.

In the 1990’s, the online browser, Netscape, was at the forefront of the Internet movement.  As a computer science student at the University of Illinois, and while working part-time at the University’s National Center for Supercomputing Applications, Marc Andreessen worked with others to design Mosaic, the predecessor to Netscape.  The browser was posted for download in 1993 and was incredibly successful, primarily due to the user-friendly nature of its browser and its consistency on any computer.  However, because Mosaic was owned by the University of Illinois, Andreessen decided to start up his own software company.  The web browser was subsequently renamed the Netscape Navigator, which quickly became the dominant browser in the industry, and the company officially assumed the name Netscape in November 1994. Eventually, America Online and Sun Microsystems acquired Netscape’s assets for a total of $4.2 billion.

Created at Williams College in 1992, students Bo Peabody and Brett Hershey developed the design and business model that would eventually become Tripod.com.  Initially, their concept was focused on a paid service, a magazine entitled Tools for Life, a number of different textbooks, and a discount card for students.  Eventually, the idea was turned into a website, and Tripod.com was officially launched in 1995.  Aimed at college students and other young adults, the site initially offered resources for resume-writing and homepage-creation, as well as links to relevant businesses and products.  But Tripod.com’s popularity grew exponentially when it began offering free web hosting services, along with the tools needed to successfully manage the sites, placing it in direct competition with established sites, such as GeoCities and Angelfire.  In 1998, the site was sold to Lycos for $58 million worth of stock, and it is still operational.

While still seniors at Yale University, Henry Luce and Britton Hadden developed the concept of a newsweekly magazine that would become the first of its kind in the United States, and they had the experience to make this idea reality.  While still attending the University, Hadden was the chairman and Luce, the managing editor, of the Yale Daily News. In 1923, Time magazine began publishing weekly issues.  Luce and Hadden’s stated goal was to tell the news through people.  And after Hadden’s death in 1929, Luce would go on to become one of the biggest figures in media.  Time succeeded in substantially increasing its circulation in innovative ways, including the utilization of U.S. radio in 1931, with its 30-minute program, The March of Time, which was broadcast over CBS radio, and presented dramatizations of the week’s news.  When Luce died in 1967, the company’s stock was worth approximately $109 million.  Today, Time is still the world’s largest weekly news magazine, with a total global readership of approximately 25 million.

In 1999, Northeastern University student, Shawn Fanning, created a file-sharing service he called Napster, coined after his lazy, just-out-of-bed hairstyle.  Napster was a pioneering, independent peer-to-peer file sharing service that allowed for the free sharing of MP3 files between music fans.  At its height of popularity, there were approximately 25 million users and 80 million songs on the Napster system. However, higher profile artists and record labels, upset at this blatant bypass of the established music industry, filed lawsuits for copyright infringement against Napster.  After reaping the benefits of this shared notoriety and success, Napster closed up shop in 2001. In 2008, Best Buy acquired Napster’s brand and logo for $121 million and is now operating as a legitimate music service.

In the late 1980s, Kenneth C. Griffin started two funds from his dorm room at Harvard University, making trades in between classes and even installing a special satellite link to his dorm in order to acquire real-time market data.  After graduating with his degree in economics, Griffin continued to garner attention due to his rate of return on investments.  In 1990, Griffin founded Citadel LLC. and today Citadel has offices in New York, Hong Kong, San Francisco, Boston, and London.  In fact, Citadel’s asset management division is one of the world’s largest hedge fund managers.  Citadel’s daily trading volume amounts to approximately three percent of the average daily trading activity in London, New York, Hong Kong, and San Francisco, and in 2007, Citadel also acquired a sizeable stake in the online brokerage firm, E*TRADE.  In 2006, Griffin was named the fifth youngest member of the Forbes 400.  Griffin’s current estimated worth is over $3 billion.